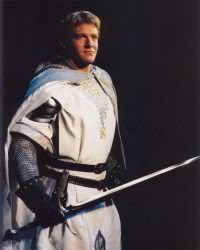 The following story is a historical tale. It is written as a story, but the events are true and accurate.
I only ask that the players understand that knowledge of these happenings is completely OOC unless they hear the tale directly from one of those involved - currently, the list of people who might have heard a detailed recount would be extremely short. I only mention this for new players - so that they may enjoy the stories as players and realize that characters will not automatically gain that knowledge. This, unlike other stories, is not 'posted in public' for characters enjoyment. It is not written by Raffe, but by me- the player- to share our role playing experiences through an important point in our characters lives.

Post Script: Due to the length of time between the final draft and occurrence of events, the actual RP is a bit condensed and paraphrased to capture the events and stay true to the characters. But may *not* be word for word...
If any of the players involved feel misrepresented, please feel free to contact me via PM for resolution.

They all gathered in Cordelia’s receiving room. Raffe, Cody and Hojo had waited turns for the High Queen to call them to the Caer. During the quarter cycle that passed, they all recovered from the exhaustion, physical and emotional wounds resulting from the Fortress Incursion to rescue the High Queen from the clutches of Balthazar and the Darkness.

Raffe could not recall having a real conversation with his brothers in the time since. They barely spoke beyond checking on each other’s welfare. It was all they could muster at times. Just enough to let each other know they were there and they were doing their best to recover. His memory of what he saw in that place of twisted evil was foggy at best. It was much clearer when it returned in his nightmares; and he knew that was true of his brothers as well. They did not speak of what they endured during their waking hours. They did not have to. Sharing a barracks, they were well aware of the terrors that came back each time they closed their eyes. The sights, sounds, smells, the demons and darkness that haunted their dreams were vivid and relentless. Lingering exhaustion was still visible in each of them.

They had all prepared and dressed appropriately, having spent the last turn each trying to remove any remaining stains from their armor to the best of their ability. When Cordelia entered, accompanied by a pair of Royal Guards, none of them had the strength to hide the concern for the scars she openly carried from her time of imprisonment. Her eyes met theirs for a brief moment, measuring their reaction as her hand moved self consciously to cover the angry slash in its early stages of healing after the repetitive, torturous re-injury she received at the hands of Balthazar and the entity they referred to as only ‘The Darkness.’ Still, she moved with the same grace and confidence they had come to know of her as she took her seat to address them. She was recovering as well, and without a doubt, carried more severe wounds than they could see in her outward appearance.

“We are waiting for,” Her voice carried through the room, not feeble with exhaustion as one might expect; but before she could finish the door behind the junior knights opened and the armored footsteps of another entered. Cordelia cut short sentence and redirected her attention to new arrival, “Macleon.”

The senior Iron Knight strode right past the three others without a glance. The three knights all tensed as they realized who had joined them. Hojo’s growl was audible to Raffe and Cody, who flanked him shoulder to shoulder, with his helm held in a tight grasp through the opening for his eyes. Macleon stood between Cordelia and the others, turned where he could see them all, in an apparent position of authority above the three junior knights.
“Cordelia.” The older knight’s gruff voice was flat and formal.

“There was a matter you wanted to raise about the conduct of these three,” As Cordelia spoke; she watched the three that stood before her. Her bright blue eyes were neither accusing, nor compassionate, as she watched them.

Macleon finally looked at the three junior knights. His eyes were hard upon them and scorn written all over his expression, “Disobedient. Oath breaking. Rabble-rousing childishness." He pointed an accusing finger in their direction,"Their actions taken without the consent or knowledge of the Order could have cost you your life.” His tone was as bitter as the words. Words they had all heard when they broke ranks from his lecture about duty in Strifegorge and resulting in their banishment from gathering in the War Room. “They are foolish without regard to consequences.”

Cordelia’s attention turned toward Macleon as he spoke, her gaze as neutral and level as it had been upon the other knights that stood before her.

“We saved her!” Hojo’s outburst was cut short immediately as Cordelia raised her hand to silence him and any other protest brewing within Raffe and Cody.

“So you did not participate or in any way sanction the assault on Balthazar’s fortress?” Codelia asked Macleon directly.

“No. These three fools rushed off with that rebellious cleric without ever consulting me. Hiding their plans for insurrection against my direct orders! There will be consequences this time.”

Cordelia’s gaze shifted down only briefly at the reference to T’yandra who had not been seen since the assault. The flash of disquieted expression reflected the shared concern for what consequences she would be facing in Branishor for her part in the secretly contrived mission to unite the citizens of Valorn against the judgment or consent of the Council or the Order.

Her bright eyes met his and she nodded; acknowledgement or perhaps agreement, it was difficult to tell, “I see.”

“They were torturing her! You did nothing!” Raffe’s outburst was not cut short as the attention was turned his way and he was doing little to disguise the trembling in his limbs.

“We did what was right!” Cody protested almost simultaneously.

“Our oath is more than following your orders, Macleon.” Hojo joined in with Raffe and Cody, his voice less of a shout in his growlish, dangerous tone.

“Impetuous to the last, the lot of you. No one here was speaking to you, children.” His attention then turned again toward Cordelia, “If all of you had followed my orders from the start, none of this would have happened.”

Cordelia’s eyes hardened and narrowed, for the first time losing their neutrality, “What are you trying to say, Macleon?”

“Iron Knights are oath bound to protect the Royal line. You were raised by the Order and knighted before it was revealed that you were the heir. You know more than these three can imagine what that oath and obedience means, Cordelia.” Macleon crossed his arms, wrapped in his own superiority.

“No order from a High Queen relieves them of that Oath. They do not take orders from you. They are under the command of the Order of Iron Knights.”

“Maybe that should change.” All traces of exhaustion or recovery disappeared from her demeanor as the full strength of her resolve backed her words.

“The Order does not take commands from a High Queen. Plans have been made to ensure the royal line will continue. Since the Golden Age the Iron Knights have upheld this oath.” His focus returned to the three junior knights, “And unlike some I do not shirk my duty because it is an inconvenience to my feelings.”

“I see,” Cordelia’s brow rose slightly as she listened to Macleon, then her neutral expression returned as she stood facing the three junior knights, “I have heard enough. You will all have my decision soon. I have much to consider in regards to your future with the Iron Knights.”

Before leaving, she addressed the three that watched her with apprehension, “Words cannot express my gratitude for what you and the rest of the adventures have done to see me safely home. For now, thank you. For everything.” Her expression was one of genuine warmth that they had come to know during their time as knights, and then within a few moments the guards accompanied back into her chambers.

“None of you will be Knights when this is all done. You should count yourself lucky that the High Queen has a soft spot for you, but I do not.” With the last of his venom toward the junior knights, Macleon left them alone with their own thoughts on what decision remained.

The three of them let out a breath almost as one. Raffe and Hojo exchanged a knowing glance then both looked at Cody.
“We won’t let them jail you, Cody,” Raffe began.

“Raffe and I have had harsh enough words with Macleon. He will be satisfied with taking us both down. The Iron Knights and Cordelia will need you.” Hojo continued.

“No way. You are my brothers. We are in this together.” Cody shook his head, denying what they were saying.

“It’s going to be okay, Cody. If he has his way, we will not see the light of ‘Rifter again. We cannot do that to you.” Raffe lay a reassuring hand on Cody’s shoulder, “Besides, it will be up to you to break us out. Can’t be as hard as getting into Balthazar’s fortress and out again alive, right?”

“We can break out together then,” Cody insisted.

“Fair enough.” Raffe finally laughed a little, “But you get to be the bait, if that’s the case.”

Cody looked back to Hojo, then Raffe questioning them both, “Do you think she will really side with him?”

Hojo answered first, “No, but that won’t guarantee he won’t do something any way. I don’t trust him.”

“But we trust Cordelia.” Raffe added.

“Me too.” Cody led them out of the receiving room.
I'm sorry, I can't hear you over the sound of how awesome I am

Return to “Tales of Adventure”

Users browsing this forum: No registered users and 1 guest