Come here to tell your tales and meet with others. (In-character talk only)
Post Reply
1 post • Page 1 of 1 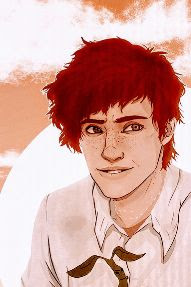 ~This story has been dictated by Bo Bonnie, and written and recorded by Mister Bifrost Janger.~

Yesterturn was a good day. Don't tell Low! But yesterturn, Bris escorted me down into the wall, to the place where Tamsin Millwright's tattered journal is wedged into a crack in the stones.

I met Tamsin during Fall Festival. He is dead, you see. That is important. He was haunting Milltown Inn. A ghost. In life, he was a soldier stationed on the Wall. When he learnt that I was a Cleric, he gifted me a unique set of chainmail, and bade me to use it in defence of the Holy City of Branishor. Spectral Chainmail. It is drenched in darkness and is frightfully strong. These turns, I can scarcely believe my own strength. I can fell foes well beyond my advancement. It truly was a gift.

Bris says that Tamsin gifted me the mail to keep me safe. True enough, from his journal entries, he wanted to find a wife. Bris supposed that he might not have found a lady to care for in life; but in death, perhaps he chose me? It is a flattering thought. But one I am not sure that I believe in. Tamsin was trapped in time. He could remember scarcely a thing. I doubt that he would remember me if we were ever to meet again. We only spoke one time.

I really do hope that Low isn't reading this.

Anyway. I tried to remove his journal from its wedge in the wall. But it would not move. Mayhaps some magic holds it there. I am not apt at reading, but Bris helped me through it. Tamsin's tale was a sad one. Darkness, fear and loneliness. I was momentarily struck with the queer parallel between us both; for once, I was also a ghost trapped beneath that cursed Wall.

As I have been a drunkard. It was little wonder that when Tamsin's spirit reappeared, it sought out a tavern. I don't blame him his vices. How could I? We all need something to soften the edges of this life. When I am drunk, I am braver. Brave enough to sing. Brave enough to dance alone at parties where no man will ask me. Maybe Tamsin was a brave drunkard too, when called to arms.

In Tamsin's last entry, he was sent down into the Wastes. Before, he had described the Wastes as lush and green. He talked about the smell of flowers. Not like what it is now. Not like how it was when Tamsin was sent down. He was sent down to face the human-shaped horrors that clawed at the doors. I was imbued with a great sadness for him. The Wastes have long been my hunting grounds; for I have long defended the Holy City. But now, I find myself dreading to return. Poor souls. So many souls. And to be in the place where Tamsin died. It is little wonder, when I think on it, that he gifted me the chainmail. I suppose a part of him did remember.

Mayhaps when I return, I will take blossoms and say a prayer. It might soothe their souls, and perhaps mine too, a little.

After so much darkness, Bris and I returned to our home and climbed the lookout tower. I don't know, I had an urge to see the sky and breathe fresh, clean air. Going home is a luxury that I possess that Tamsin didn't. You can see all around from the top of our tower. All towns, villages, farms, the lake; the life of our lands all around us. The sky was dark and clear above us. All of the stars were in light, and the Demon eyes shone brightly. The lake looked like poured silver. The cold bit my nose; but I didn't mind at all.

I've always liked towers. Even when I was blind. I liked to feel the wind. I like them even moreso now that I can see. I can often be found in the tower along the Wall, or in Branishor. Bris says it is because I am a Dragon, and we dragons need to stretch our wings.

We are going to host a Dragon's Ball again. Likely during the coming Winter's Warming. We said that we might set it up outside; it would be very pleasant if it snowed. Last Dragon's Ball, I went as a Frost Wyvern. I still have the dress. Though, I have never had occasion to wear it again. I recall it was the only night I ever felt truly beautiful. I mean, still, no gentlemen asked me to dance. But I was a Dragoness that turn, and Dragonesses don't fret over such things. I was up high on my mountain, not down on the earth with such worries.

Bris said that this year, I should be the embodiment of Life and Death. What, for my gift from Tamsin and my place in the clergy. I like the idea. Though I admit I would like to reuse my old dress...

He also supposed that Tamsin might show and dance with me. Stranger things have happened during festivals, I suppose... Though, Bris assured that he would dance with me too; if Tamsin didn't show.

The teasing from Low would be unbearable. Low says that I can't have a Dead Boyfriend. He says I can't even smooch Tamsin, because he has no lips or cheeks. He is only rusted armour and dulled bone. I haven't smooched anybody in years and year anyway... Longer than I care to admit.

And that is no small feat. I don't recall a turn in these lands before I knew Bris. More than a decade. About twelve years, there abouts. I remember quite vividly, the first turn we met; I was without sight and he bade me to touch his beard to say Hello. Always my friend; right from the first.

I would rather dance with Bris. There's no need to go evoking the long dead bones of old ghosts. Not when blood and flesh is living beside me. And he is so quiet and brave.

Tamsin watches over me, but who cares for you?

When Drakon failed and you felt forsaken.

And half of the world went to sleep, and you were forgotten.

I am sorry, if it seems as though I'm trying to unravel you, old friend.

Brisingr Blaze, for Winter's Warming, I hope everyone is blessed with a friend as stalwart as you. I know that you will keep your promise.
And above all, watch with glittering eyes the whole world around you because the greatest secrets are always hidden in the most unlikely places. Those who don't believe in magic will never find it. - Roald Dahl
Top
Post Reply
1 post • Page 1 of 1

Users browsing this forum: No registered users and 8 guests